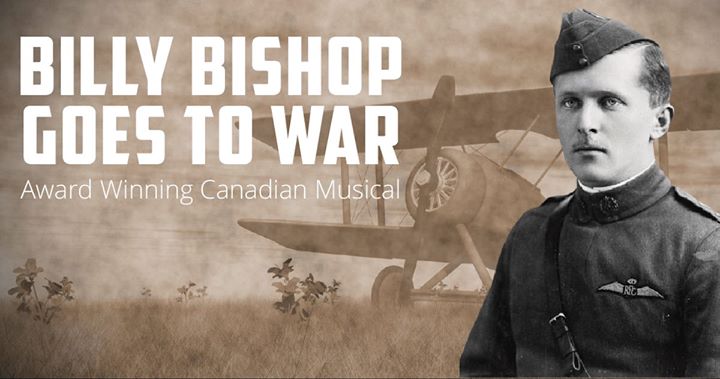 Muskoka Chautauqua is proud to partner with Dot The T Productions for this performance of Billy Bishop Goes to War, a Canadian musical written by John MacLachlan Gray in collaboration with Eric Petersen. It dramatizes the life of Canadian World War 1 fighter pilot Billy Bishop and is one of the most famous and widely produced plays in Canadian theatre history. The play premiered in Vancouver, British Columbia on Nov 3, 1978. The original production toured across Canada, and also was staged in Washington D.C., both on Broadway and Off-Broadway in New York City, at The Edinburgh Festival, in Los Angeles and at The Comedy Theatre in London England.The play won the Los Angeles Drama Critics’ Award in 1981, the Floyd S. Chalmers Canadian Play Award in 1982 and the Governor General’s Award for English Drama in 1982. DIRECTED by Joan Bendon and STARRING William Colgate (portraying 18 character roles) and Cameron Gibson (as Piano Player).